The youngest of seven children, Bryna Avrutick (later Bercovitch) grew up in the desperate poverty her memoir describes. A rebel from an early age, Bercovitch developed her political views under teachers who were secret revolutionaries against the Tsarist regime. Her studies at university were interrupted by the Russian Revolution of 1917. Inspired by Trotsky, Bercovitch joined the Red Army, and fought on the Polish front and in the Ukraine, where she was wounded in battle. When she had recovered, she went to Moscow, where she studied theatre and acted under Stanislavsky. Bercovitch began living with the artist Alexander Bercovitch, with whom she had three children. Under pressure of the drastic conditions then prevailing — famine, counter-revolution, social and economic upheavals — the family immigrated to Montreal. The move to the New World was a deeply troubled one: poverty, language barriers, cultural estrangement, constant moving from one slum lodging to another and a stormy marriage, which ended in 1942. Bercovitch taught at Yiddish school and continued her work for the Communist Party. In 1936, in the aftermath of the Trotsky Trials, Bercovitch left the party. She retained the idealistic core of her radical beliefs, but her commitments gradually shifted to her love for Yiddish literature and culture. Confined to bed after 1945, she began to write a weekly column for Montreal’s Yiddish newspaper, The Canadian Eagle. Bercovitch’s subjects ranged from reminiscences of early childhood, memories of Kiev, Odessa, and Moscow, experiences in the Revolution and as a Depression-era immigrant to short fiction, literary criticism, and commentary on current events, — some one hundred pieces in all.

Rochel Broches is the author of a broad literary oeuvre which includes short stories, novellas, plays and children’s stories; the critical recognition she achieved saw her works translated into Russian, German and English. When she was only nine, Broches began writing a journal. Her father died that year and, as the eldest child, Broches had to start work as a seamstress to help support her family. She later taught needlework at the Minsk Jewish Vocational School for Girls. When Broches was nineteen, her first short story was published. The difficulties Broches experienced during her childhood are reflected in her writing, which speaks eloquently of the plight of the impoverished and oppressed. Soon after her first story was published, Broches married; her husband was a dentist. In the 1920s, her work began being published extensively in journals. She published a number of volumes, including
A Collection of Stories in 1922, Nelke: Stories in 1937 and Spinners in 1940. Her collected works, containing over two hundred short stories, along with other texts, was being prepared for publication by the State Publishing House of White Russia when the Germans invaded the Soviet Union in 1941. The book was never issued. A monument carrying the words Untern Barg [“Beneath the Mountain”] — the title of one of her stories — stands on the mass grave where she is buried. 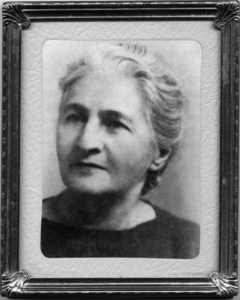 Frume Halpern was known as a proletarian writer not only because of her working-class status as a masseuse, but also because her writing is informed by her commitment to left-wing political causes. The stories are also infused with a profound and nuanced psychological insight into the moral and ethical dilemmas her working-class protagonists experience, as well as a sly humour and a gift for satire. Although Halpern’s stories were published for over forty years in the left-wing daily newspaper Morning Freedom and, in later years, in the literary quarterly Collections, as well as in numerous anthologies, her first collection of short stories, Blessed Hands, did not appear until 1963. Halpern was by then in her mid-seventies. Blessed Hands was published by a committee of prominent writers determined that Halpern’s work not be lost to its reading public. 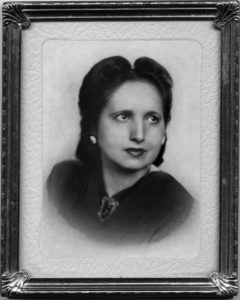 Although she immigrated at the young age of nine, Sarah Hamer-Jacklyn’s writing is rooted in the rich experience of shtetl life. Born into a traditional Chassidic family, she learned English attending public school in Toronto but maintained the connection to Yiddish, her mother tongue. In 1921, at the age of sixteen, she began acting and singing with a Yiddish theatre troupe that toured across North America. She continued to write in Yiddish into the 1960s, publishing three collections of her short stories. Her writing is infused with wit, wisdom and insight into the lives of her characters.

When the Germans invaded her hometown of Dvinsk in June of 1941, Paula (Pesia) Frankel-Zaltzman was 25 years of age; she was living with her husband and her parents. When deportations began, Frankel-Zaltzman’s husband and two brothers, along with many others, were rounded up. Shortly after, Frankel-Zaltzman, her mother and her invalid father were among Jewish civilians forced into the newly formed Dvinsk ghetto. She at first managed to remain in the ghetto with her mother and invalid father to assist them with the daily search for food and safety. Although both parents, her husband, two brothers and much of her extended family died during the war, Frankel-Zaltzman survived the ghettos of Dvinsk and Riga as well as the concentration camp in Shtuthof. She was working in a factory in Tehoren when she was liberated in 1945. Frankel-Zaltzman wrote the memoir from which the story “A Natural Death” is excerpted just after the war while she was recovering in the Fernwald camp for displaced persons in Munich, Germany. Her memoir was issued as a private publication in 1949. It was warmly received not only for the literary qualities of Frankel-Zaltzman’s account, but for the conscientious detail with which she recorded the events and people she encountered. 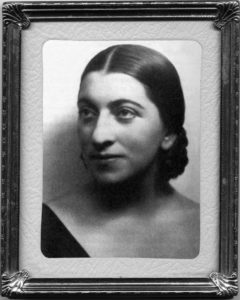 Despite the traditional Chassidic background that led her father to burn her early poetry, Malka Lee persevered in her desire to be a writer and went on to publish more than nine books of poetry and prose. In addition to her mother tongue of Yiddish, she became fluent in Hebrew, Polish and German. Although as a student in Vienna she had written poetry in German, in New York she soon returned to writing in Yiddish. She documented her experiences of leaving her family and adjusting to life in North America in her memoir Through the Eyes of Childhood, published in 1955. The book was dedicated to Lee’s family, who perished during the Holocaust. Lee married writer Aaron Rappaport, with whom she had two children. Lee soon gained a reputation as a writer in the thriving Yiddish literary community in New York. She completed her studies in New York at the Jewish Teachers’ Seminary, Hunter College and City College. Her books were published in New York, Buenos Aires and Tel Aviv. After Rappaport’s death, she Lee married Moshe Besser in 1966. Short Stories for Joseph, a children’s book published in 1969, became one of her best loved and best known works. 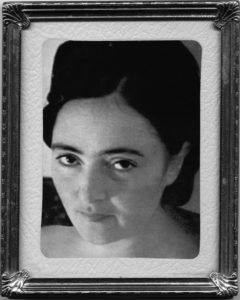 The author of poetry, short stories, novellas and plays, Rikuda Potash gained recognition within her lifetime from readers as well as her contemporaries in the literary and artistic community. Although she began writing poetry in Polish as a young woman, Potash was radicalized by the anti-Semitic events of the time, particularly the Lemberg pogrom of 1918. Potash then began to study Yiddish literature and embraced Yiddish in her own writing. In 1924, she moved to Lodz and became active in the literary community, publishing her first poems in Yiddish. She married Yiddish poet Chaim Leib Fuks, and they had a daughter, Aviva. When the marriage ended in 1934, Potash moved with her daughter to Palestine; she published her first volume of poetry, Wind on Keyboard, in the same year. Potash worked for over thirty years as the librarian of the Bezalel Art School and Museum in Jerusalem. She was influenced by and influenced the artistic scene in the city, particularly Mordecai Ardon, the renowned painter and director of the Bezalel. She often accompanied her pages of poetry with drawings, an expression of her preoccupation with issues of voice and vision. Her writing was acclaimed both in Israel and the United States for its eloquence, psychological insight and cultural pluralism. 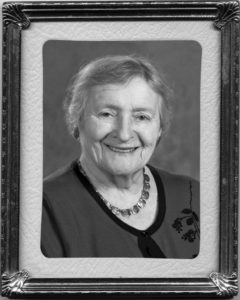 A prolific and prominent Yiddish writer, and one of Canada’s national treasures, Chava Rosenfarb began writing at the age of eight. She produced short stories, novels, plays, essays and poetry. Much of her work deals with the Holocaust. After the German invasion of Poland in 1939, she was incarcerated in the Lodz ghetto, then relocated to Auschwitz and Bergen-Belsen. After liberation in 1945, she lived as a displaced person in Belgium before immigrating to Montreal in 1950. Her first collection of ghetto poems, The Ballad of Yesterday’s Forest was published in 1947. Her work has been widely anthologized around the world and translated into English and Hebrew. She was the recipient of numerous awards, including the Helen and Stan Vine National Book Award in 2005 (for Survivors: Seven Short Stories, translated by her daughter Goldie Morgentaler), the Sholem Aleichem Prize from Israel in 1990, and the 1979 Manger Prize, Israel’s highest literary honour. She also received the John Glassco Prize for Literary Translation in 2000 for her translation of her novels Bociany and Of Lodz and Love. Her major work, The Tree of Life: A Trilogy of Life in the Lodz Ghetto, translated along with Goldie Morgentaler, was released in three volumes by the University of Wisconsin Press. In June 2006 she received an honorary doctorate from the University of Lethbridge, the first such honour to be given a Yiddish writer in Canada. 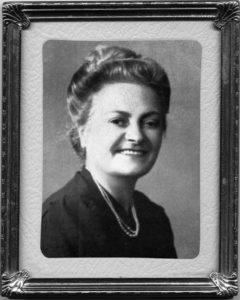 As a child, Anne (Hannah) Viderman, was an avid reader, despite the poverty in which she was raised. In the meagre library of her shtetl, many of the books were damaged or partial: Viderman would compose the missing sections of the stories for herself, scribbling them down on scraps of paper. Viderman was deeply affected by the anti-Semitic scandals of the Dreyfus Affair as well as the “blood libel” trial of Mendel Beilus, a Jewish tailor falsely accused of having murdered a gentile child in order to prepare the Passover matzos. During the Russian Revolution, Viderman fled Russia with her family. She began writing in 1929 and in 1939 became a columnist for Montreal’s Yiddish newspaper, The Canadian Eagle. (Der kanader adler published first as a daily, and then as a weekly from 1907 to 1988.) Viderman published two collections of short stories, articles and memoirs, Sad Smiles (1946) and Old Home and Childhood (1960).