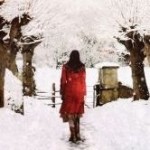 During the Great Depression, former Winnipeg author Rhea Tregebov’s left-wing Jewish grandparents tried to leave this city to repatriate to the Soviet Union, but the Communist government refused to accept them.

In her riveting debut novel, Tregebov imagines what might have occurred had the opposite been true. Set in Winnipeg and Stalinist Russia, the book recounts the story of a Jewish woman faced with displacement, loss and the clash of differing political ideologies.

Her story begins in the North End in 1932 when the heroine, Annette Gershon, is nine. She is a bright, anxious child who fears almost everything — even the sound of the knife sharpener’s bell whenever it is heard in their neighbourhood.

Her parents are Bolshevik sympathizers who immigrated years earlier from Czarist Russia. Times are tough during the Depression, so the family decides to seek greener pastures in Odessa.

Annette despises her adopted country, but her parents are euphoric; not only have their jobs improved, but under the new government, there is legislation banning anti-Semitism.

A few years later, Stalin rises to power, and their optimism fizzles. Yet her mother remains steadfast in her loyalty to her homeland.

Annette excels at school, and ends up studying architecture. When a Winnipeg relative visits Odessa, he offers to sponsor her to immigrate to Canada. As a result, she must make some important decisions.

Written in supple, evocative prose, the first person narrative unfolds as a 12-chapter flashback of Annette’s recollections from 1932 to 1954.

The first 68 pages chronicle her Winnipeg childhood and events precipitating her parents’ decision. The remainder of the novel takes place in the Soviet Union, focusing on Annette’s coming of age and love life. As the novel progresses, she eventually casts aside her fears and develops inner courage.

Within the lengthy first chapter, Tregebov recounts many historical details associated with Winnipeg in the 1930s with references to Aberdeen School, Selkirk Avenue and numerous examples of the flagging economy.

This novel will remind some of Fugitive Pieces, the 1996 CanLit classic by Toronto poet Anne Michaels. Both books use poetic language and deal with the impact of a European past on Canadian Jews.

However, the historical events in The Knife Sharpener’s Bell play a stronger, more direct role in the plot, and the narrative tone is much less effusive.

One of Tregebov’s strengths is her ability to create vivid images. In the following passage, Annette spends time outdoors prior to making a decision:

“I’m beside the creek in Gorky Park, sitting on the bank, the ground still breathing damp from yesterday’s rain. Tentative spikes of forget-me-nots are pushing through the earth. Soon all the undergrowth here will be starred with their flowers a blue haze, as though the earth were full of possibilities.”

By far, Tregebov’s greatest feat is in her subtle portrayal of ordinary characters enduring life under Communism. At first, a sense of idealism prevails; but poverty, injustice and discrimination gradually give way to ambivalence, followed by bitterness and disillusionment.

Tregebov should be commended for successfully making the leap from poet to novelist. The Knife Sharpener’s Bell took a decade to complete. Here’s hoping readers won’t have to wait so long for her next novel.

Bev Sandell Greenberg is a Winnipeg writer and teacher.

Republished from the Winnipeg Free Press print edition September 20, 2009 B8